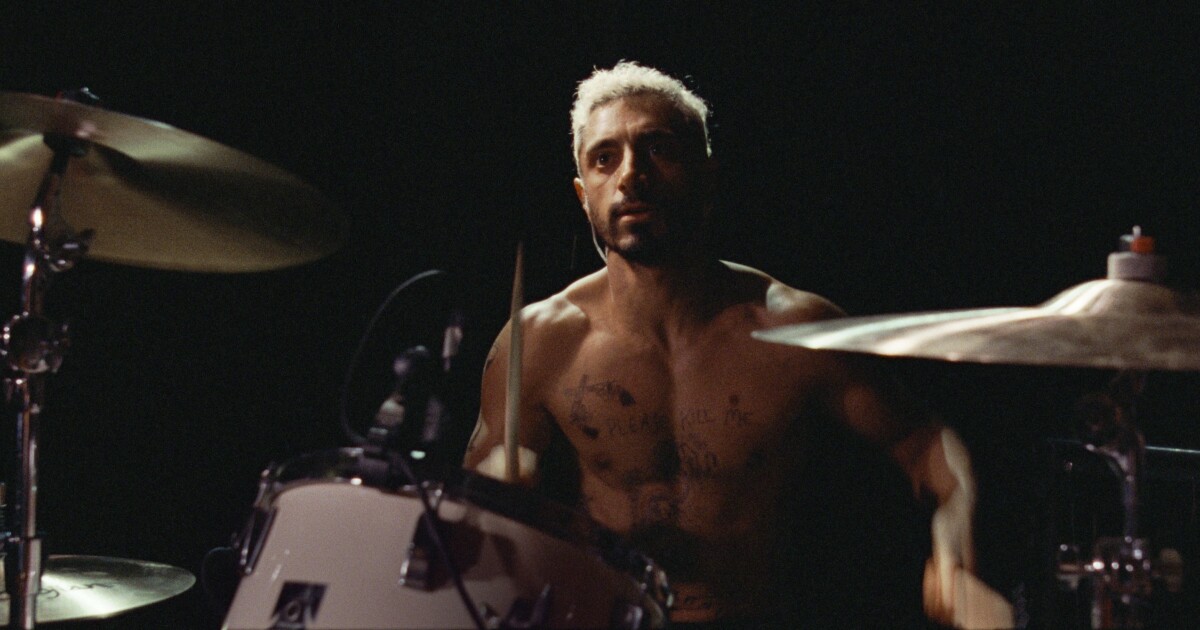 Like most movie festivals this 12 months, AFI Fest has met the COVID-19 pandemic with an all-virtual program of screenings, panels and conversations. I’ve seen however a handful of the 54 options screening this week (from Oct. 15-22) and sit up for seeing many extra, however listed here are seven private favorites you shouldn’t miss, listed in alphabetical order:

“Collective”
A lethal 2015 nightclub hearth in Romania is only the start of the tragedy chronicled in Alexander Nanau’s documentary, which turns into a dogged, despairing investigation into how a healthcare system will be rendered ineffectual by corrupt, incompetent management. First screened at festivals in fall 2019, it might hardly be extra searingly related on this 12 months of world pandemic. (Chosen to signify Romania within the Oscar race for greatest worldwide characteristic movie, it’s set for a Nov. 20 theatrical and on-demand launch by Magnolia Photos.)

“Farewell Amor”
Nicely acquired at Sundance earlier this 12 months, writer-director Ekwa Msangi’s gently shifting debut characteristic tells the story of an Angolan immigrant who brings his spouse and teenage daughter to stay with him in Brooklyn after a few years aside. The challenges that observe their reunion are explored with a deft, sympathetic hand, and with a trio of deeply inhabited lead performances from Ntare Guma Mbaho Mwine, Zainab Jah and Jayme Lawson. (IFC Movies plans a Dec. 11 launch.)

“Notturno”
After spending three years capturing alongside the borders of Iraq, Kurdistan, Syria and Lebanon, the acclaimed Italian filmmaker Gianfranco Rosi (“Hearth at Sea,” “Sacro GRA”) emerged with this characteristically observant and clever sequence of portraits of lives affected by the combat towards ISIS. On this fraught context, his daring use of silences and ellipses, and his avoidance of overt commentary and different documentary conventions, yields one thing singularly unusual and affecting: a dispatch from a conflict zone that haunts, troubles and illuminates. (A choice of the current Venice, Toronto and New York movie festivals, it’s at the moment awaiting a U.S. distributor.)

“One Night time in Miami”
On this flashback to 1964, Muhammad Ali (then nonetheless Cassius Clay), Malcolm X, Jim Brown and Sam Cooke come collectively for a tense, emotionally and politically charged dialog concerning the complexities of Black celeb, identification and resistance in Regina King’s finely tuned directing debut. Tailored by Kemp Powers from his personal stage play, and terrifically acted by Eli Goree, Kingsley Ben-Adair, Aldis Hodge and Leslie Odom Jr., it’s an viewers image by and thru — and a perfect alternative for the pageant’s centerpiece drive-in screening. (Amazon Studios will launch the movie Dec. 25 in chosen theaters and Jan. 15 on Amazon Prime Video.)

“Sound of Metallic”
A film that intertwines narratives of incapacity, dependancy and restoration would possibly sound like a recipe for well-meaning catastrophe. However the tears are truthfully earned in Darius Marder’s fantastically thought of drama, starring a never-better Riz Ahmed as a rock drummer who instantly loses his listening to and checks himself right into a neighborhood retreat for the deaf. The sound design is each evocative and empathetic, however the power of the film is that it acknowledges therapeutic as a matter much less of the physique than of the spirit. (Amazon Studios will launch the movie Nov. 20 in chosen theaters and Dec. 4 on Amazon Prime Video.)

“There Is No Evil”
The Iranian director Mohammad Rasoulof received the highest prize on the Berlin Worldwide Movie Pageant for this fantastically composed anthology of 4 tales, each a thriller and a stealth morality play framed across the problem of the demise penalty. That may sound schematic, and typically it’s, however each story breathes: For a film concerning the gravity of demise, it additionally pulses with humor, romance and life. Like his countryman and fellow dissident Jafar Panahi, Rasoulof has turned filmmaking into an act of resistance: He shot this film in secret and was just lately sentenced to a 12 months in jail for making “propaganda towards the system.” (Kino Lorber will launch the movie in early 2021.)

“Wolfwalkers”
This family-friendly riff on lycanthropy legend from the endlessly imaginative Irish animator Tomm Moore (“The Secret of Kells,” “Music of the Sea”), teaming this time with co-director Ross Stewart, is his most charming and visually unbridled work. It’s additionally a pointy seventeenth century political parable, a young story of father-daughter (and mother-daughter) love and a mosaic that feels each historic and fashionable, assembled from pictures that positively revel of their hand-drawn majesty. (It’ll be launched theatrically Nov. 13 by GKIDS and on Apple TV+ Dec. 11.)